“Home buyers are forced into unaffordable,
car based lifestyles.”

A plot of land big enough for a house costs roughly £500 at agricultural prices. In the York area, for example, a plot’s value becomes £50,000 once the planners’ give building the go ahead. There is no difference in the land: just its name on a certificate in a council office. This is an unearned bonus to the land owner, which starts the process of building expensive dwellings designed for unsustainable lifestyles.

More often than not, new houses are built with little regard to public transport links or cycle routes to town and with little in the way of local facilities, such as corner shops or local greengrocers, home buyers are forced into un-affordable, car based lifestyles.

END_OF_DOCUMENT_TOKEN_TO_BE_REPLACED 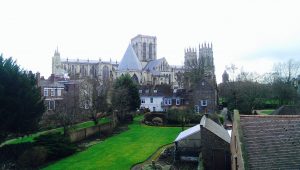 There are few (if any) examples of lifestyles in Britain which are sustainable. For example, at the new ‘sustainable’ development at Derwenthorpe, York, the carbon footprints of the residents are several times greater than the footprint necessary to avoid dangerous climate change. The York Plotlands Association  promotes action and research into achieving lifestyles that are more sustainable.

Housing is much more expensive than both the cost of building, and the land it occupies. At agricultural prices, a plot of land large enough for a house and garden costs £500. Once planning permission has been granted, this can inflate to over £100,000. This increase is because planning permission is limited in supply.

Many plots with planning permission remain in land banks, until they can be developed at a premium, which leads to inflated house prices. As a result, windfall rewards are reaped by land owners and developers holding the land banks.

There are other methods of construction, which are very much cheaper and more sustainable. These may be off-site construction or may be self build packs like the open source, peoples’ project, the Wikihouse. This is outlined in the TED Talk, Architecture for the People by the People, by Alastair Parvin.

The York Plotlands Association is campaigning to update the model of plotland development which was (more-or-less) outlawed by the 1947 Planning Act. Instead, planning permission would not be held in land banks, but by individuals who intend to build their own home on their own plot. It is anticipated that some social organisations, such as responsible social landlords, might hold planning permission for more than one plot, but this would be carefully regulated.

Whilst the pressures to restrict development are great, there is a huge demand for cheaper housing, particularly for starter homes.

We believe that, if the cost of planning permission is avoided, simple starter homes can be provided for less than £20,000 – about a tenth of most starter homes today.

The York Plotlands Association proposes that a new fund be created to buy ‘plotland options’ on suitable sites. More details in future posting.